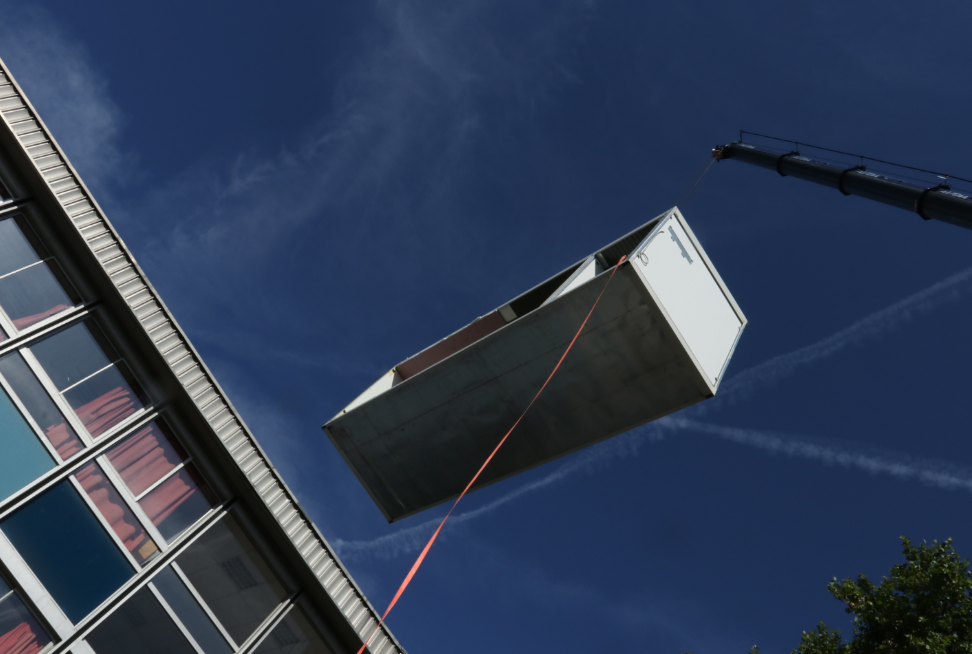 Berkshire Hathaway Inc. is paying attention to modular construction, with the goal of creating LEGO-like units that can be stacked together to construct hotels or apartment buildings.

The idea is to build components in a factory, using robotic assembly lines, much like car manufacturing uses. The components—assembled rooms—will be shipped along with construction guidelines for general contractors to complete the assembly.

Todd Ullom, the company's vice president of modular building solutions, said that “shipping the parts, rather than entire rooms, keeps transportation costs low and allows MiTek to supply the country from its factory in Lebanon, Pa.,” reported the Wall Street Journal.

The construction methods are expected to overcome some of the challenges that previous modular assembly products have experienced, such as leaky buildings and expensive shipping.

The technology behind the MiTek system has been set up to ensure accuracy, and software tracking will keep tabs on the building process.

According to a news release from Danny Forster & Architecture, “MiTek set-up a Modular Laboratory to experiment with and ultimately improve the factory systems that produce modules. This lab will reinvent the manufacturing process using Sub-Assemblies for faster, error-free installation, as well as Time-Machine software that tracks every stage—an invaluable aid to project managers, inspectors, and future owners.

MiTek brings its experience as a global provider of innovative construction-based software, services, and engineered building solutions to what it calls a Modular Activation Platform (MAP). According to the company, it will “simplify constructing a modular building, even for those who have no previous experience with modular. Developers, GCs, and Architects will be able to choose modular fearlessly, knowing that MiTek’s platform will provide them everything they need to get it done: from specialized design software to hands-on guidance from beginning to end.”

The company says its team of more than 400 software engineers “will make modular both more accessible and more reliable.”

The venture is catching the attention of numerous commentators, who predict it might finally solve some of the challenges of modular construction. For example, Fast Company architecture writer Nate Berg noted that “with the big-budget backing of a parent company that’s worth hundreds of billions of dollars, the initiative may just have a chance to succeed at creating cheaper and faster buildings where so many others have fallen short.”

The project, worth tens of millions of dollars, will begin next year.