The Internet of Things for Architects 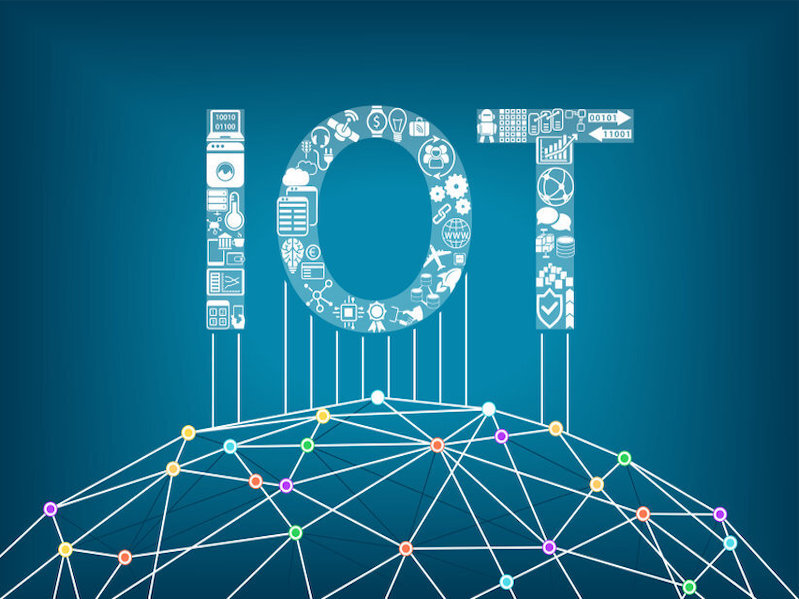 The Internet of Things for Architects

Buildings are reaching a new age when it comes to design, construction, and operation.   We are now interested more than ever in the performative capabilities of buildings and the potentials for meaningful and measurable returns for their owners, operators, and occupants.   In this “new age” we talk about “smart” or “connected” buildings that make use of automated technologies that bring value in many forms such as analyzing air quality, metering energy use, or monitoring the occupancy of a room.   The technology behind these value propositions are sensors and the connective technologies that aggregate their data onto a common platform.  Today, this is known as the “Internet of Things” or IoT.

In the built world there are wide applications for sensors.   On top of that we are still in the early days of this technology and things are changing at a rapid clip as the fourth industrial revolution moves towards maturity.  (refer to An AEC Data Engine to Drive New Value).

For the uninitiated, a sensor is a small or simple device that reads some aspect of the physical world and converts that reading to data.  Sensors can either be actively powered by a connected energy source or function when powered by a source that radiates directly to them.   The data received by sensors can then be utilized to activate simple building control systems such as an air conditioner or unlock a door.  They can also act passively and simply communicate data to an observer such as room carbon dioxide levels or light intensity which the observe may act on by opening a window or drawing a shade against the sunlight.  Sensors may also come at a higher level of sophistication with lensed optics and microphones that can be coupled with artificial intelligence to analyze more complex inputs such as the number of people in a room or the expressions on people’s faces as they queue to board an airplane.   With this diversity and sophistication in hand, the role and value of sensors in the built environment begins to reveal itself.

As we are in early days for IoT and sensors in the built world what can we identify and grasp right now?   The answer is, a lot.

Lets start with the interior environment of a building.  In this realm, sensors that measure temperature, humidity, light intensity, light frequency, volatile organic chemicals, and sound intensity can work individually or collectively to inform and optimize room conditions.   For example, an auto shop worker might utilize these sensors to learn that their working environment contains specific airborne toxins and excessively loud noise.  They can then take actions to optimize the shop to provide more frequent air changes through the mechanical system as well as apply acoustic materials to reduce the effects of high intensity sound.

At the next level IoT sensors can take on a role of measuring how space is occupied.   At a simple level sensors can take a simple count of how many people are in any given room, how long they stay, and even how often a room is unoccupied or under occupied in relationship to its design.   This data can be applied in situations such as academic environments where instruction spaces can be analyzed to determine use-efficiencies.   Within the context of occupancy sensors can also track how people move through space.  This tracking can serve to inform how far a nurse in a healthcare practice walks in a day or how customers move through a retail space, where they linger, and where they tend to bypass the products on the shelves.

Of course when we are occupying space we are doing more than just “be” there.   We are also working, learning, exploring, being entertained, and so on.   Sensors are now able to gauge human sentiment and provide feedback through the analysis of your facial expressions, or where your eyes look when examining the shelves at the grocery store.   Coupled with AI, a sound sensor (aka microphone) could permit a building to be responsive to spoken requests.  Obviously, this level of monitoring raises necessary ethical concerns but the technology exists nevertheless.

Sensors can also play a role monitoring the condition of a building and its assembled components.   Moisture sensors can be printed on to vertical and horizontal sheathing systems to detect moisture and send a signal if they ever become wet.   Level sensors attached to the structural framing can inform first responders if the building is structurally sound after an earthquake.  Furthermore, vibration and strain sensors can detect when building elements are subject to unintended movement that can compromise their durability over time.

Finally, we look to furniture, fixtures and equipment (also known as FF&E).  These too have emerged as hosts for sensors.   Occupancy sensors embedded in office chairs and desks can be used for hotel seating planning or to determine that a chair is due for maintenance or replacement after 10,000 hours of active use.  Here, Interior designers will be in the vanguard for designing for IoT as they find the FF&E they are specifying will have embedded sensors that will require coordination with a building owner’s management systems and technology platforms.

Common to all of these sensors is the transmission and storage of enormous amounts of data.   Data scientists and engineers around the world have already set upon performing analytics of this data to develop new technologies that seek to predict how buildings will perform over time.   These prediction models range from analyzing the entire building over the course of a year to examining data related to a few square feet per minute.

The outcome of these data analytics seek to improve energy performance, occupant comfort, maintenance, occupant safety, occupant experience, and more with innovative business models to accompany them.   One example is Plutinsus (www.plutinsus.com) in Switzerland who are using sensors to develop a wide array of predictive software to mitigate business risks.

In the near future blockchain technology will also play role valuable role for IoT data functioning as a means of authenticating and providing a trust mechanism for transmitted data.  This will enable data to be shared for a range of purposes such as third party services, real estate transactions, data sharing with local government, and likely much more.

As a parting thought, sensors are fast becoming integral to the built environment.   This article is just scratching the surface of the potential applications.  There is an opportunity for Architects to take agency over the implementation of this technology in the building design and bring new value and new engagement in the occupancy phase of the building.  As shared earlier, Interior Designers are already specifying furnishings with embedded sensors with more to come.  Will Architects embrace this technology as part of the design process and bring new value to their clients or will they ultimately leave it to others?