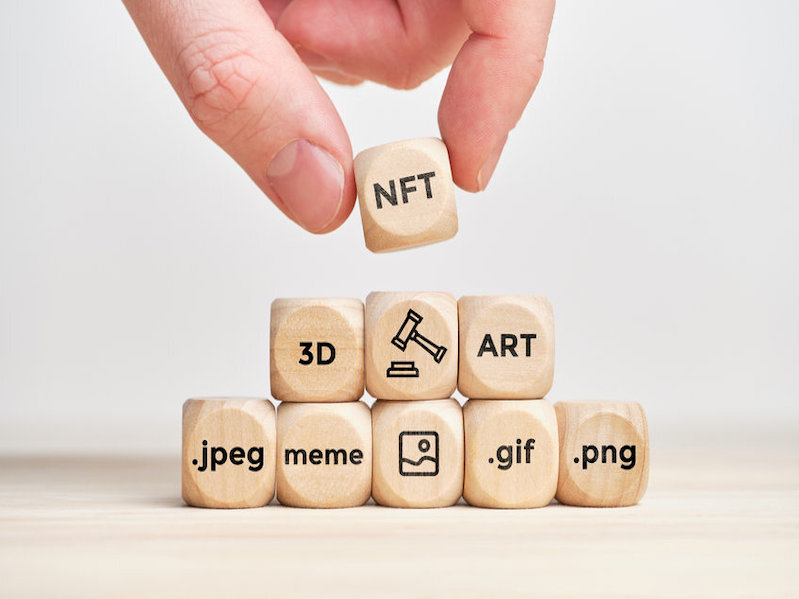 You may have read an article about enormous sums of money being spent on NFTs, sometimes millions or tens of millions of dollars -- or heard about OpenSea.io or another platform and wondered, "What are these things even?"

Non-fungible:  This means that one thing is not interchangeable for another.  By example, US dollars are fungible because one dollar can be exchanged for another and they are identical.  So is bitcoin, or common shares of must stocks.

Token: An entry on the blockchain assigning ownership.  Typically, ownership is for fungible tokens, such as when you own two ETH, or similar.

So, non-fungible tokens are unique tokens that typically map to something indicating ownership.  Most are on the Ethereum blockchain and comply with the ERC-721 standard.  This standard has every token possessing a 256bit unique variable. This is typically a hash that a dAPP can map to something like a JPEG, or video file.  By owning the token, which is the same as when the blockchain registry says that your public/private key pair owns the token with that content -- you can prove ownership over the thing that the unique variable maps to.

So, why does matter?  Can't anyone copy a file?

Of course anyone can copy a file.   And, this NFT ownership often still allows the original artist to make copies or license and the artist may issue with only limited ownership rights, such as the ability to use as your icon on a social network.

But, you own it. Many buyers allow the art they own to be displayed publicly and used frequently, so this isn't so different.  Ownership here give you potentially many privileges:

- Ownership rights to use as an icon in social media, etc.

- Entrance into a community.  Many online groups such as Bored Ape Yacht Clubs are online cliques and owning one of the associated NFTs gets you membership

- Ability to support an artist

- Part of an online game

These are not insubstantial rights.  And, if you look at why many people buy art, many of these reasons are motivational for art in the real world.

If you want to mint an NFT -- which means creating a new one for a piece of digital content, or if you want to buy NFTs, there are many marketplaces that have popped up.  The biggest one is OpenSea.io, which is on the Ethereum blockchain.  With an Eth-compatible wallet, such as metamask, you can easily buy/sell and mint.  Given how the world is going, -- check it out!

In the future, many other blockchains allow for NFTs, such as Solana, with resulting faster speed/lower cost, but similar uses.  In addition, Concert is looking at bringing NFT-like and eventually NFTs to the enterprises with better user interfaces and dAPPs to allow them to be viewed and acted upon -- using NFTs as a digital notary

Happy Thanksgiving to all!